Enjoy the natural and historic aspects by walking the Charlie Major Nature Trail along Skaneateles Creek between Old Seneca Turnpike and Crow Hill Road. A rail line, known as the Skaneateles Short Line, helped to maintain prosperity in the community by serving the industries along the outlet. It also carried passengers from the New York Central Railroad at Skaneateles Junction to Skaneateles where they could board the steamboats for trips around the lake.

Today, the rails are gone and a serene path follows Skaneateles Creek for part of its journey. There is a nice area to picnic along the creek at the north end near the Crow Hill Road bridge (the Mottville Trailhead). There is also a nice playground at the Mottville Trailhead for the kids to enjoy.  This 0.8 mile pathway, known as the Charlie Major Nature Trail, still has the relics from a time long gone as you walk or ride this path.  Look closely and you'll see remnants from the days of the railroad. Look below for a trail map from our hike, plus a few pictures and a video of part of the Charlie Major Nature Trail.  This hike is one of many featured in the book "Take Your Bike - Family Rides in New York's Finger Lakes Region 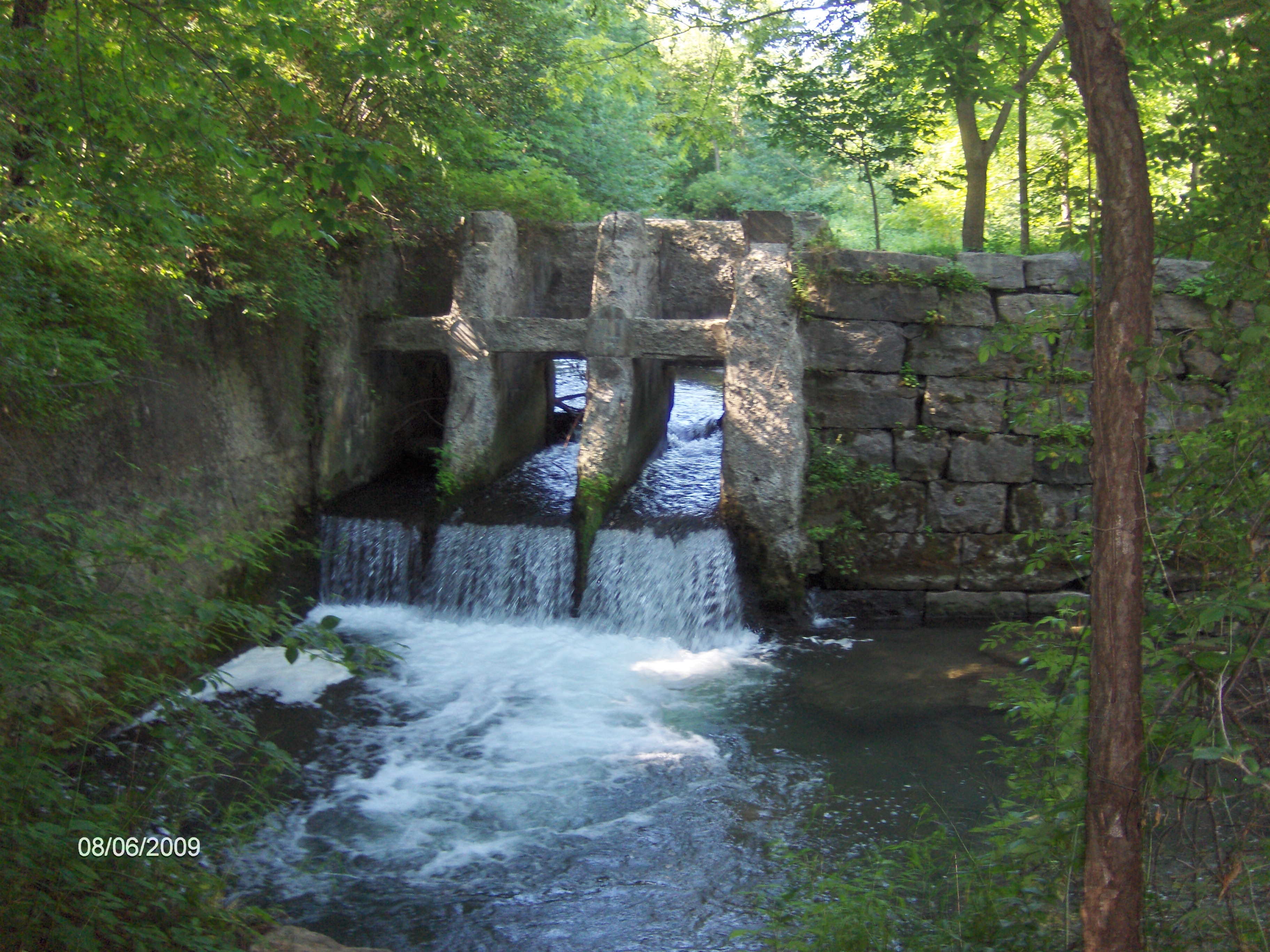 Ruins along the trail 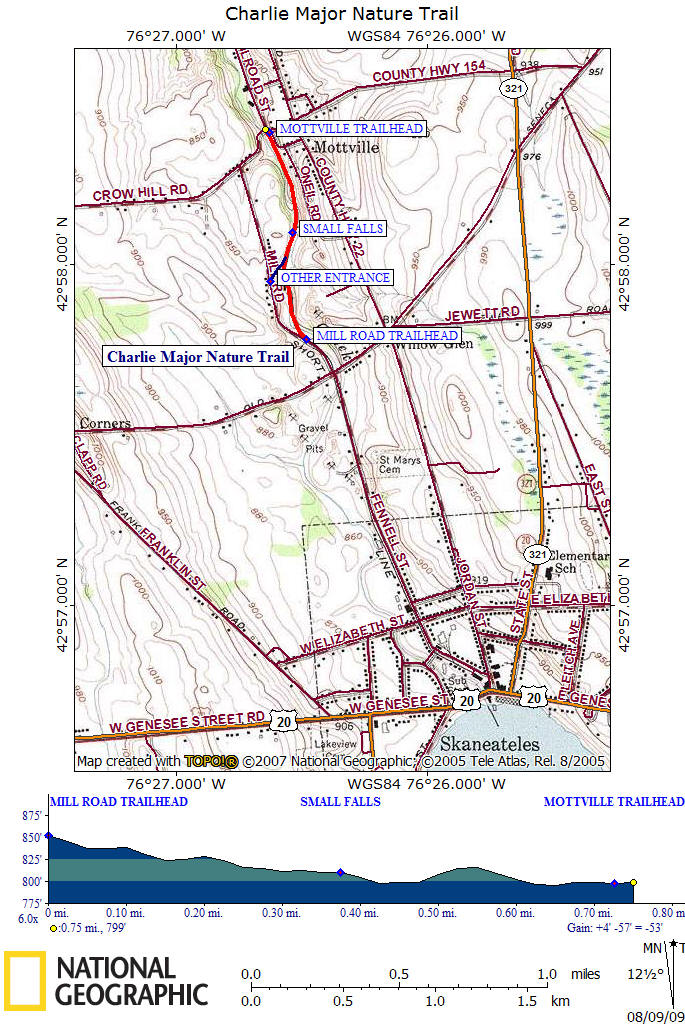 contact CNY HIKING by email at contact@cnyhiking.com
(c) 2006-today CNY Hiking - All rights reserved.  Any use of information from this site without permission is strictly forbidden.